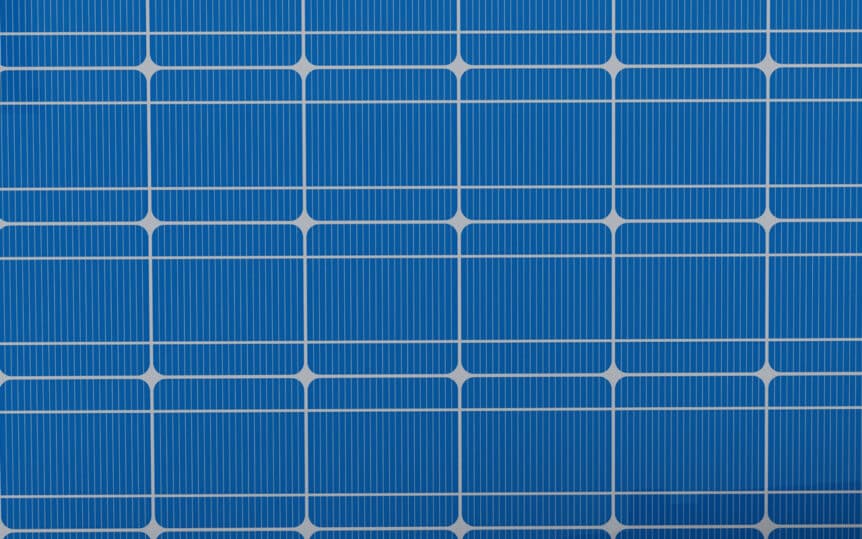 Photovoltaic cells (also known as PV cells) are small light-sensitive electronic devices that produce electrical current when exposed to sunlight. When grouped together in solar panels, and groups of solar panels, they form the basis for the most powerful form of renewable energy on the planet. Since the world has a growing appetite for electricity, especially in this digital age, electricity is a mission-critical must-have.

And yet, the traditional reliance on fossil fuels for electricity generation is unsustainable from a supply perspective, and creates a range of damaging environmental impacts. Therefore, given the revolutionary nature of solar energy, photovoltaic cells are game-changing.

What Is Photovoltaic Cell and What Does It Do?

Photovoltaic cells (also known as PV cells) are small electronic devices containing light-sensitive semiconductors that produce an electrical current when exposed to sunlight. The name photovoltaic is derived from the words photons (the basic component of light) and voltage (the basic unit of electricity). These cells are combined to produce solar modules (known popularly as solar panels), which form the heart of all solar energy systems, from the ones powering hand-held gadgets to those found in solar power generating plants.

Photovoltaic solar energy is currently the dominant form of solar energy generation worldwide for small-scale solar installations and accounts for the major market share of solar energy produced at commercial and utility-scale. Engineers at Bell Labs discovered this technology in 1954, and advances are being made constantly in efficiency and the increasing range of applications for photovoltaic cells.

Like computer microchips, photovoltaic cells originally contained silicon. Since then, technology advances have discovered and developed new, increasingly efficient light-sensitive materials, including solar inks using conventional printing press technologies, solar dyes, and conductive plastics. One of the new advanced techniques is the use of plastic lenses or mirrors to focus incoming sunlight onto a very small area of high-efficiency photovoltaic material. Although this advanced photovoltaic material is more expensive, very little is needed, and as a result, systems based on this type of photovoltaic cell are becoming cost effective, at least when used in industrial level applications by utilities and industry.

How Do Photovoltaic Cells Work?

When photovoltaic cells are exposed to sunlight, the incoming sunlight knocks electrons loose within the cell, which causes a small electrical current to flow across the cell. (The amount of current is small because each cell is small, typically 56mm square. Photovoltaic cells are grouped into solar panels (referred to technically as solar modules), which vary in size, depending on the setting in which they are being used. Groups of panels are known as arrays.

There are several types of photovoltaic cells currently in commercial use:

These cells are sliced from a single cylindrical silicon crystal. This type of cell typically converts around 15% of sunlight into electricity. The manufacturing process required to produce monocrystalline silicon is complicated, resulting in slightly higher costs than other technologies.

These cells are sometimes known as multicrystalline cells, and are made from ingots of melted and recrystallized silicon. They are normally cheaper to produce than monocrystalline cells, because the manufacturing process is simpler. However, they also tend to be slightly less efficient, with efficiency ratings of around 12%.

These cells are made from depositing silicon onto a base material, rather like applying icing to a cake, to produce a fine grained, sparkling appearance.

Amorphous silicon cells are made from a thin homogenous layer of silicon. Amorphous silicon absorbs light more effectively than crystalline silicon. Therefore, these cells can be thinner, hence ‘thin film’ as an alternative name. In addition, amorphous silicon can be deposited on a wide range surfaces, both rigid and flexible. This makes this type of chip ideal for curved surfaces or bonding directly onto surfaces, for example, roofing tiles or building facades. However, this type of cell is less efficient than crystalline silicon (typical efficiencies are around 6%). On the plus side, they are easier and cheaper to produce.

There are now alternative materials such as cadmium telluride (CdTe) and copper indium diselenide (CIS) that are now being used to create photovoltaic cells. The nature of these materials means the cells can be manufactured at notably lower cost than crystalline silicon cells. In addition, these cells are typically have higher efficiency ratings than amorphous silicon cells (10-13% for CIS and 8-9% for CdTe).

The Photovoltaic Cell is the Foundation for a Revolution

Photovoltaic cells are the elemental building block for photovoltaic solar energy systems. They perform the same fundamental, vital role in the solar energy industry as the microchip does for the computer industry. That comparison is apt for another reason: computers have profoundly changed society and the world in countless ways, on a scale even greater than the steam engine, internal combustion engine or jet engine. Photovoltaic cells may not have quite the same impact, but it still holds the potential to be seismic, given the opportunity that solar energy holds for enabling humanity to move away from fossil fuel-based energy, and the wide-sweeping positive impact that will have for society and the planet.