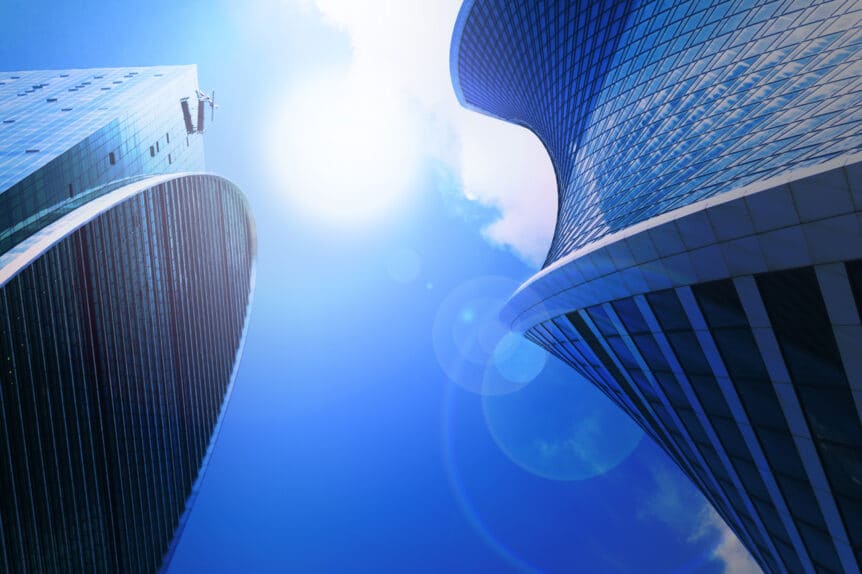 As more and more businesses and public sector organizations embrace the opportunity and requirement for leveraging renewable energy, an increasing number of them are turning to solar power solutions. As good as rooftop solar system installations are, they can only generate so much energy, so the question is how to extend that capability.

Mounting traditional solar panels on the sides of buildings would make use of extensive additional surface area, but the added complexity and cost of mounting heavy panels onto a building façade is not an optimum solution on many levels. Enter the new thin-film ‘active façade’ approach, overcoming these issues powerfully and elegantly, so much so that solar-powered buildings may not even appear to include solar panels…

Your Mission, Should You Choose to Accept It…

Imagine this scenario if you will: you walk into your office to find you have an important message from your boss. You discover that you’ve been appointed to a career-boosting opportunity: oversee the construction and fit-out of your organization’s new high-profile headquarters building. This is a flagship project of strategic importance on many levels. You’re not expected to have expertise in architecture, engineering or construction; you’re being appointed to represent the board, to ensure that this new headquarters meets all its strategic and operational objectives, and represents all the values that your organization wants to project.

One key aspect is that the board wants to demonstrate that the organization is modern and forward looking. To that end, they want the building to incorporate the maximum possible solar energy generating capability, and for that capability to be readily visible to employees and the public. However, they don’t want the building to look like merely like an ordinary office with loads of traditional solar panels plastered all over it.

Not only do they feel that is too ‘last century’ for your modern organization, they feel such a design would be unattractive and not be received with open arms by local civic groups, leading politicians and other influencers. So how do you ensure that the new building embodies the very latest, maximum degree of solar power generation, without looking like a solar power station?

One of the sources of modern innovation is to look to Nature for examples of adaptability, to see if there are attributes from the animal or plant kingdoms that can be borrowed as models for new designs for use by humans. This approach is known as biomimetics or biomimicry. How could biomimicry be used in the case of the design brief (or ‘problem’, as it probably feels at this point) for the new organizational headquarters building?

Well, we can ask ourselves, what sort of animal is renowned for making the most of its structure to soak up sunlight? And could such an animal provide inspiration for how the new building might be able to maximize the use of sunlight and solar power, yet look natural and fit its environment?

It turns out that lizards absolutely excel in this ability, as do plants with large leaves. Now, at the risk of stating the obvious (the implications of which aren’t always obvious), lizards and leaves soak up the sun exceptionally well via their surface area – not via any external structures. And therein lies our clue: how can our new headquarters building absorb the sun via its skin, without resorting to any external add-on structures?

Given our insight above, we have concluded that the organization’s board may be onto something: if we can manage to incorporate a new type of skin for the new building, one that absorbs sunlight like a lizard and converts it as well as leaves use sunlight in the process of photosynthesis, we’ll have a winning design that should meet our assigned objectives.

Several years ago, we may have hit a dead-end: the available technology simply couldn’t accommodate our requirements. Fortunately, the pace of solar power panel innovation is in our favor, thanks to what are known as thin-film solar panels. Thin-film panels are highly adaptable because of their thin profile, light weight and flexibility. As a result, they can be placed on a variety of surfaces, including curved surfaces, even those that flex and move, such as backpacks.

Even better, there are now thin-film solar panels specifically designed for use in building façades. These panels, known as building integrated photovoltaic (BIPV) panels are highly adaptable to a wide variety of building materials and textures, as well as surface shapes. In addition, they can be made in colors to match building materials, and can even be up to 50% transparent, which makes them very well suited as thin window coatings.

Incorporating BIPV panels into building exteriors, in essence, augmenting their ‘skin’, results in what are known as ‘active façades’, due to their active role in solar power generation. Active façades are an exciting development with a number of very powerful benefits:

Because of these standout benefits, there are now a growing number of buildings being constructed or retrofitted with active façades.

Thanks to this combination of lateral thinking about Nature’s ways, via biomimicry, and the timely arrival of thin-film BIPV solar panels, your design team is able to produce a design that delights the board, the organization’s senior management and staff, civic leaders and members of the public. And because this BIPV technology is already well-proven, the project proceeds smoothly, meeting its budget and deadlines. As a result, the new headquarters building is seen as an example of a new breed of corporate social responsibility in action, and you start receiving requests for site visits from other organizations who want to learn from your experience.

Oh and in your newly created role that you were promoted into, you are now an ambassador for the organization, getting invitations to speak as a newly-minted thought leader…