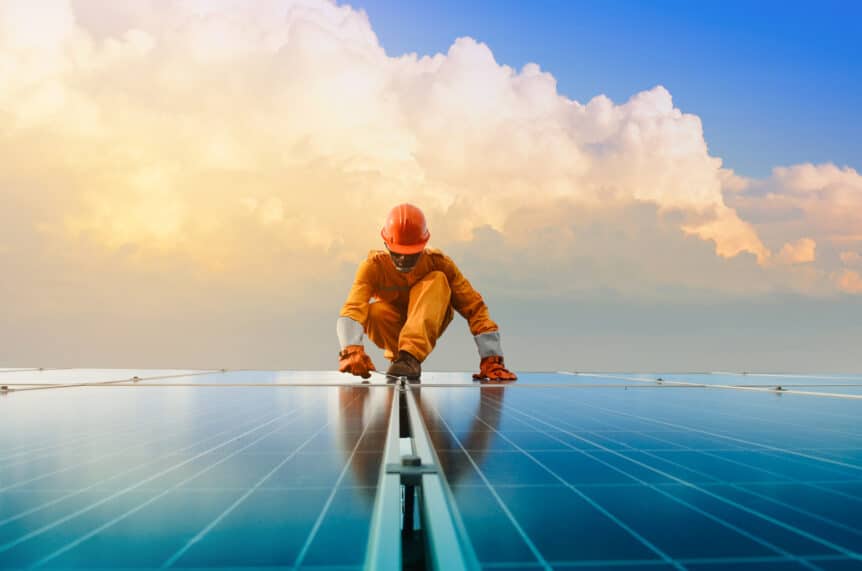 Solar systems rapid growth has been confirmed once again via the significant gains in 2016, not just in the total amount of solar systems installed, but also their distribution and variety across many types of installations around the world. Solar power systems are now being seen in increasingly diverse solar panel configurations, enabling solar installations on rooftops, in ground-mounted solar farms and in a growing number of standalone solar charging platforms and devices.

The versatility and spread of solar system installations goes well beyond the awareness of most people outside the solar industry, although awareness in the wider public is also growing. The bottom line is a constant stream of new opportunities for solar system usage, adding to accelerating solar power growth globally.

Those solar systems rapid growth figures speak for themselves: 2016 was a record year for the global growth of solar generated power, which grew by 76.6 gigawatts (GW), a 50% year-on-year increase from new solar systems installation in 2015, to reach 306.5 GW of solar power capacity globally (an increase of 33% in the past year). As a result, solar systems now produce enough solar power to supply 1.8 percent of the world’s total electricity consumption demand.

Looking at specific countries, China is the world’s leading solar power generator, followed by U.S., India, Japan and Germany. Within Europe, the UK led new solar systems growth in 2016 with 29% of new capacity, with Germany close at 21% and France with 8.3%. In addition, Germany also has a well-established solar manufacturing industry, an advantage in the country’s ability to create the largest aggregate solar capacity in Europe, with Italy second.

Meanwhile in the US, 2016 saw the highest solar systems growth to date as its solar market almost doubled the previous yearly record, with 14,626 megawatts (MW) of new solar power introduced in 2016. This represents a 95% expansion over the past record of 7,493 MW in 2015. Solar is also creating employment growth across US, with more than 260,000 Americans now being employed in solar-related work.

An on-grid solar system or grid-connected photovoltaic power system is one that produces power and is connected to a recognised public electricity network. The power created by the solar panels is in the form of DC current, which gets converted to AC current through components called inverters.

Most solar systems contain no batteries (with some exceptions, e.g. standalone recharging stations), and all the excess power after on-site usage is fed back into the connected electricity grid. (The absence of batteries keeps solar systems cheaper and simpler to introduce.)

These grid-connected systems may be residential or commercial in nature, and cumulatively, they provide substantial solar power to local grids. The number of solar-powered homes associated with local utility networks has expanded dramatically in recent years. From a business and civic perspective, solar systems to contribute clean, sustainable electricity for business and public applications signals an organization’s intentions regarding sustainability. Against this backdrop, the trend continues to be very positive. As at the end of 2016, there are 17 nations that have enough PV capacity to meet at least 2% of their total power demand.

Solar energy is incredibly adaptable. Each passing year brings new solar system based innovations. From its early days in the form of easily seen solar panels on rooftops and in ground-based solar energy installations, solar systems have become increasingly sophisticated, widespread and integral to the buildings and structures we use for work, living and leisure.

Starting with the buildings themselves, the latest advances in PV cell and solar panel design mean that in an increasing number of applications, solar cells and panels are not even obvious to passers-by. There is in fact a new breed of buildings and structures being created with what are known as ‘active facades’, i.e. facades that have solar panels built into their very fabric. This can take many forms, starting with panels attached to the weight-bearing structures of buildings. However, this approach goes much further, to include other exciting breakthroughs, such as plug-and-play clear glass solar collectors that transform windows into power generators, and printed solar cells that could enable production of solar energy on any surface.

Buildings and structures such as these are not only far more environmentally friendly, they are also investor friendly, because they pay back significant financial benefits to their owners, for decades, and potentially, indefinitely, depending on the future design upgrades for the buildings. As a result of these advances, the very fabric of our work and society is rapidly becoming more eco-friendly, in a financially viable and sustainable way. This is leading to many positive solar power developments, including:

A developing grassroots movement is increasingly turning to clean solar energy to enhance lives and help the climate. In numerous nations, the housetop solar development is helping people take increasing control of their own energy supplies and gain critical progress towards use of sustainable power sources. Around the globe, individuals are joining nearby energy groups to fund group solar-powered communities. Others are putting funds into investment vehicles that finance solar projects with greater ease, to benefit from the investment returns at the same time as helping reduce the costs of power generation and consumption.