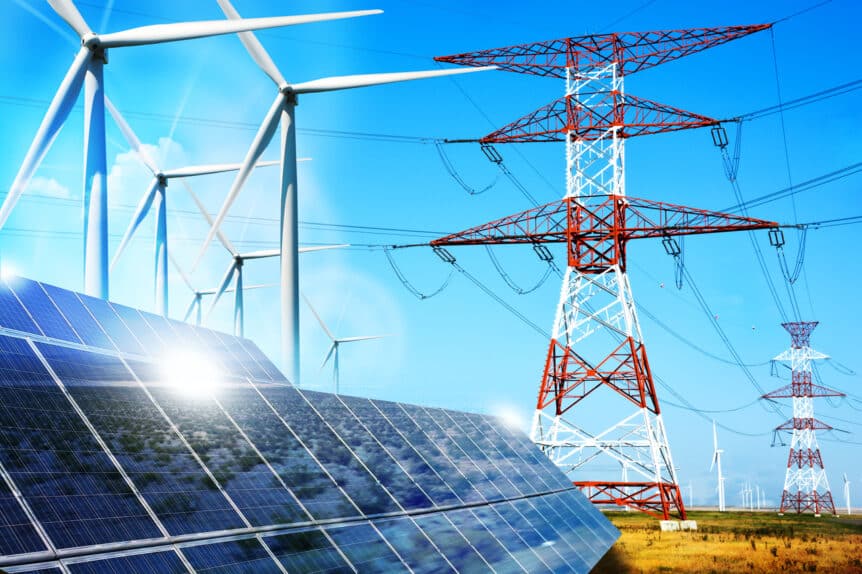 For the past several decades, there has been a growing awareness of the need for moving away from the dependence on nonrenewable fossil fuels as energy sources, which have been in heavy use for more than a century. The key question has been that of finding renewable sources that could compete at least reasonably well with their fossil fuel counterparts. Although no energy source is perfect, wind and solar energy are now well-established sources of sustainable, clean energy, with increasing innovation particularly noted in solar.

Therefore, these two sources are now seriously viable as energy sources for both businesses and private homes.

What Is Renewable Energy?

Renewable energy refers to energy generated from natural resources and processes that renew themselves naturally, unlike oil, gas, coal and uranium, each of which need constant exploration and extraction from the earth, in order to fuel power generating plants which rely on these sources. Another key distinction is that renewable energy sources are by definition sustainable, that is, they replenish themselves faster than they are consumed. For example, where such as sunlight and wind.

They are replenished faster than they are consumed, hence “renewable”. Some forms of renewable energy include solar, wind, geothermal, hydro and biomass. They’ve been around for quite some time and are now picking up steam more significantly now that the world has found itself in a position where it has no other choice but to embrace renewable technologies. As a result, there are now plentiful renewable energy options for businesses and homes.

The leading types of renewable energy sources for business and homes are as follows:

How it works: Photovoltaic (PV) solar panels capture sunlight, which creates an electrical current when the sunlight passes through the semi-conducting materials within the panels.

There are three types of solar installations:

How it works: Long-bladed wind turbines are turned by the wind, and this resulting mechanical motion is converted into electricity. In addition to the large wind farm turbines, wind energy is also suitable for domestic use, and comes in two types of domestic-sized installations:

Fun fact: About 40 percent of all wind energy in Europe blows over the UK, making it a prime location for wind energy.

How it works: Wood or bark and other wood waste products are burned in open fireplaces or increasingly, specially designed wood-burning stoves – primarily in homes. For all of human history until the mid-19th century, wood was the primary source of energy for heating and cooking in businesses and homes in the U.S. and many other countries (with the exceptions of peat and coal in some parts of northern Europe). To a significant degree, wood fires were also a valuable source of light, although of course candles and oil lamps are thought of as the primary indoor light sources.

The reliance on wood lessened with the large-scale adoption of coal and natural gas. Also, wood was rarely managed as a sustainable resource until the 1970’s and 80’s, when awareness grew about the need for sustainable practices. Today, the use of wood as a renewable energy source is increasing in some quarters, aided by the introduction of clean burning wood stoves.

According to the U.S. Energy Information Administration:

Renewable energy is now a significant and growing answer to the growing energy needs of businesses and homes around the world. According to the U.S. Energy Information Administration, around 10% of all energy consumption in the U.S. in 2016 was from renewable energy sources, and just over half of all U.S. renewable energy use is by the electric power sector for producing electricity.

Although no energy source is perfect, wind and solar energy are now well-established sources of sustainable, clean energy, with increasing innovation particularly noted in solar. Therefore, these two sources are now seriously viable as renewable energy options for businesses, homes and public spaces. Given its exceptional versatility and continuing innovation, solar energy in particular has a very bright future.